Time is Up:  Failures To Comply Are Once Again Reported

Among the Chief Justice’s early emergency directives and orders to address court operations in light of the COVID-19 outbreak were extensions for the time for paying monies owed in criminal cases. Those directives, which extended the time for doing certain acts in criminal cases and directed clerks to delay the entry of reports of failures to comply, were extended and modified in subsequent orders. The upshot was that defendants ordered to pay sums that would have resulted in entry of a “failure to comply” and the assessment of additional costs (and, in Chapter 20 cases, a report to DMV that would trigger a license revocation) had until July 31, 2020 to pay monies owed without incurring those consequences. That date passed last Friday, so clerks now are entering failures to comply, assessing the $50 in costs and reporting the entry to DMV in Chapter 20 cases. 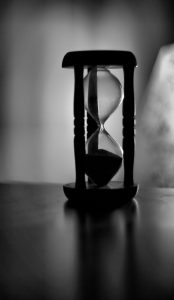 What are failures to comply? Clerks enter a failure to comply or FTC when a defendant fails to pay a fine, penalty, or costs within 40 days of the date specified in the court’s judgment. See G.S. 7A-304(a)(6). That entry results in a $50 cost. In Chapter 20 cases, the clerk also reports the FTC to DMV, see G.S. 20-24.2, which then must revoke the person’s driver’s license, see G.S. 20-24.1(a)(2), by order effective 60 days after it is mailed. (The person may prevent the revocation from going into effect by paying the amounts owed before the effective date of the revocation order. See G.S. 20-24.1(c).)

Now what happens? Now that July 31, 2020 has come and gone, defendants may no longer undo the pre-April 6 FTCs.  And clerks must enter and assess the delayed FTCs and report them to DMV in Chapter 20 cases. Any FTCs that accrue after July 31, 2020, will be processed as normal.

As with FTCs, clerks must report to DMV the name of a person charged with a Chapter 20 offense who fails to appear and does not appear within the next 20 days or dispose of the charge pursuant to the waiver list. See G.S. 20-24.2. DMV must then revoke the person’s driver’s license, see G.S. 20-24.1(a)(1), by an order that is effective 60 days after it is mailed. (The person may prevent the revocation from going into effect by appearing in court or disposing of the charge pursuant to the waiver list before the effective date of the revocation order. See G.S. 20-24.1(c).)

The consequences of FTAs that accrued on or after March 16, 2020 and before or on July 31, 2020, also were postponed by the Chief Justices’ orders extending the time for performing acts in criminal cases. That extension expired on July 31, 2020. For accrued FTAs that were not resolved by July 31, 2020, the FTA fee applies and the DMV report will trigger a license revocation (unless the defendant appears in court or disposes of the charge before the revocation order goes into effect).

How do you keep all of this straight? Like court officials, I rely on the Office of General Counsel at the Administrative Office of the Courts, which keeps close tabs on the Chief Justice’s orders and their effect on court operations. I relied heavily on their guidance in writing this post.