Changes in North Carolina Jail Populations During the COVID-19 Pandemic

We previously shared data on jail occupancy in North Carolina for 2018 (here) and 2019 (here). Responding to requests for information regarding changes in jail populations during the COVID-19 pandemic, with this report we offer information about 2020 jail populations. For an explanation regarding our data source and explanatory notes, please see our prior reports. Before we get to the numbers, we make two important points. First, beginning on April 6, 2020, a moratorium was placed on most inmate transfers from county jails to the state prison system.[1] As our colleague Jamie Markham explained, state officials imposed that moratorium to help manage the COVID-19 pandemic. As a result, inmates ordered to serve active time were—unless sentenced to time served, released on appeal bond, or otherwise permitted to delay the start of their sentence—rolled into a “jail backlog.”[2] By the end of May 2020, there were over 1600 backlog inmates in county jails.[3] To the extent efforts were made to reduce populations in county jails, the moratorium would have impacted those initiatives. Second, the COVID-19 pandemic has resulted in a suspension of jury trials. Charging new offenses, however, has continued. Thus, jails may be experiencing a backlog of defendants detained pretrial. 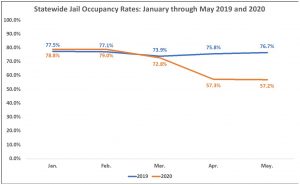 Table 1. Counties with Increases in Jail Occupancy Rates, January through May 2020, As Compared to the Same Period in 2019

Table 2. Counties with Decreases in Jail Occupancy Rates, January through May 2020, As Compared to the Same Period in 2019 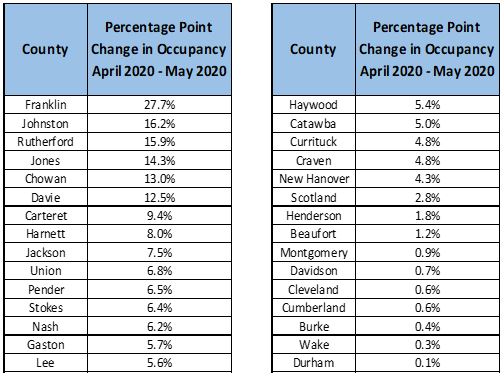 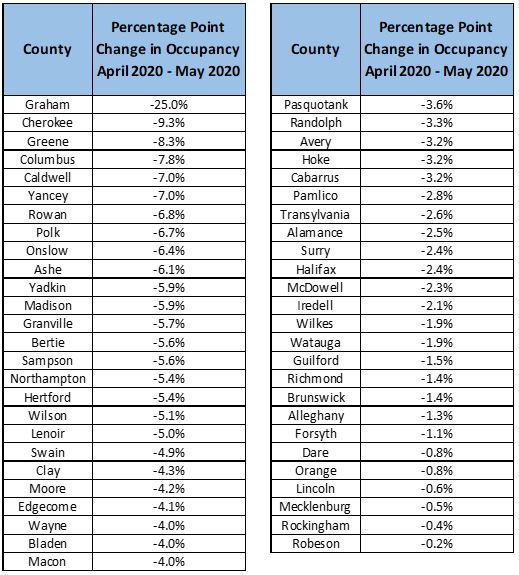 A spreadsheet showing our county-level data is available here. That spreadsheet includes occupancy rates and headcounts.

We will continue reporting on jail populations throughout 2020. Please contact us if you have any questions regarding the data or input for how we might better understand the COVID-19 response in the context of jail populations.

[4] As detailed in our accompanying spreadsheet, some counties do not have facilities accepting occupants, and some facilities did not report data in 2019 or in the early months of 2020.