Effective today, the North Carolina Department of Public Safety has placed a 14-day moratorium on the movement of inmates from the county jails to the state prison system. State officials made the decision with the support of the North Carolina Sheriffs’ Association to help manage the COVID-19 pandemic.

Inmates ordered to serve active time during the next two weeks (perhaps through a remote proceeding pursuant to the Chief Justice’s emergency order, which Shea described in yesterday’s post) will, unless sentenced to time served, released on an appeal bond, or otherwise permitted to delay the start of their sentence, be rolled into the so-called jail backlog. The State reimburses the jails $40 per day per backlog inmate under G.S. 148-29.

Other updates on recent actions taken by the prison system in response to the pandemic are described here.

The state correctional population has dropped slightly over the past two weeks. The number of prisoners initially increased as prisons accepted additional safekeepers and processed through part of the existing jail backlog, but it has since started to decline. 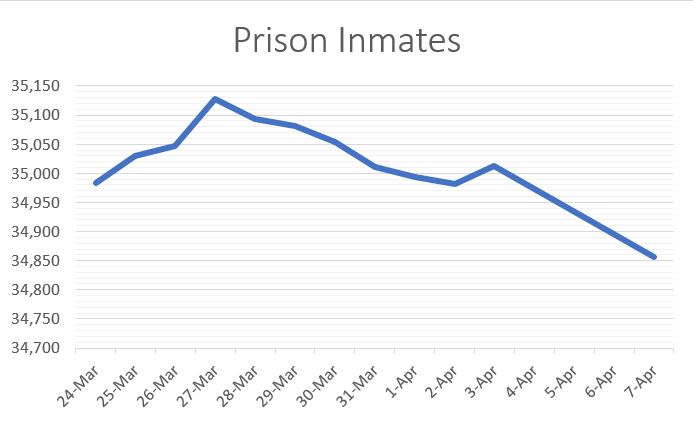 The number of post-release supervisees increased as more inmates were being released from prison. 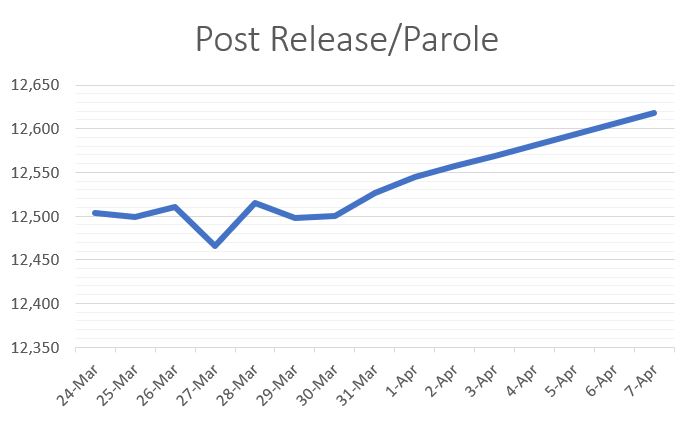 The number of probationers has declined as a result of the overall slowdown in new admissions through the court system along with normal expirations and early terminations. 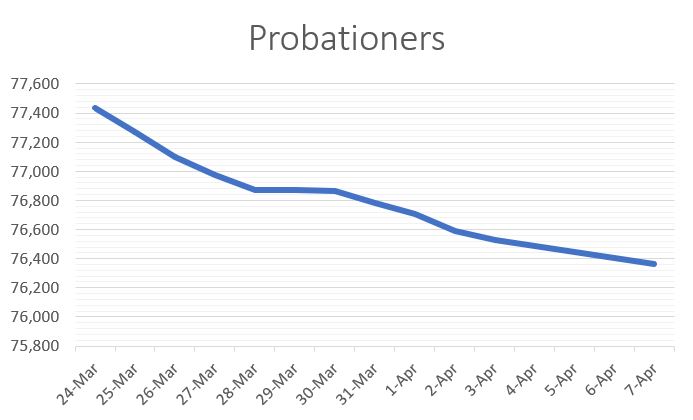