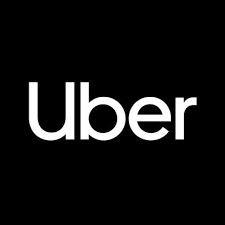 Researchers have noted that “[i]f would-be drunk drivers were rational, then lowering the difficulty of finding alternate transportation options and the cost of those options would, in theory, reduce the number of drunk driving occurrences and fatalities.” Noil Brazil & David S. Kirk, Uber and Metropolitan Traffic Fatalities in the United States, 184(3) American Journal of Epidemiology 192, 193 (2016). Transportation network companies (TNCs or ride-share companies) have claimed reducing the incidence of impaired driving as among the benefits they provide. Id. Empirical research of this claim has reached mixed results. Jacey Fortin, Does Uber Really Prevent Drunken Driving? It Depends on the Study, The New York Times (April 7, 2017). Noli Brazil and David Kirk concluded in a study of the 100 most populated metropolitan areas in the United States that the deployment of Uber services in a given metropolitan county had no association with the number of subsequent traffic fatalities, either in the aggregate or specific to drunk-driving fatalities. Brazil & Kirk at 196. They posited several explanations for this: (1) Uber represents a small percentage of transportation usage in the United States; (2) while Uber is a substitute for taxis and other forms of public transportation, it is not a substitute for drunk driving as Uber passengers may formerly have been users of these alternate modes of transportation; (3) Uber users may not be representative of the average metropolitan driver since lower-income individuals and those near public transit may be less likely to consider Uber as a practical form of transportation; and (4) an impaired person may not be sufficiently rational to substitute an Uber ride for driving while impaired; or, alternatively, many drunk drivers may rationally conclude that it is too costly to pay for an Uber ride given the low likelihood of being arrested for impaired driving. Id. at 197. Indeed, estimates of the risk for arrest for impaired driving in the United States vary from 1 in 2,000 impaired drivers to 1 in 88 impaired drivers. J.C. Fell, Approaches for Reducing Alcohol-Impaired Driving: Evidence-Based Legislation, Law Enforcement Strategies, Sanctions, and Alcohol Control Policies, 31(2) Forensic Science Review 162, 164-65 (July 2019).

The New York Times reported a few years ago about differing findings from other researchers, noting that most studies have “noted a correlation between Uber services and lower rates of alcohol-related accidents.” Fortin. One such study found a 25 to 35 percent reduction in alcohol-related crashes in four boroughs of New York City following Uber’s launch in 2011 as compared to other places where Uber did not operate. Other researchers have found declines in fatal crashes, impaired driving arrests, and alcohol-related crashes in other areas of the country correlated with the introduction of Uber service.

In his overview of policies and programs designed to reduce crashes involving impaired drivers, J.C. Fell wrote that ride-sharing programs “hold promise to have substantial effects as the market penetration increases.” Fell at 175. Fell noted, however, the need for “a properly designed, scientifically rigorous, controlled study that would be both approved by experts and understood by the public.” Id.

Whatever the effect of ride-sharing options, they will not be felt when no such options are available. This is true in many rural areas, which, as a group, already are disproportionately affected by alcohol-impaired driving crashes and fatalities. National Academies at 12, 32 (noting that “[w]hile 19 percent of the U.S. population lives in rural areas and rural areas account for 30 percent of total vehicle miles traveled, more than half of crash deaths occur there;” and further reporting that “[i]n 2015, 48 percent of alcohol-impaired driving fatalities occurred in rural areas”). So, it is fair to say that even if Uber helps, it is not a silver bullet. 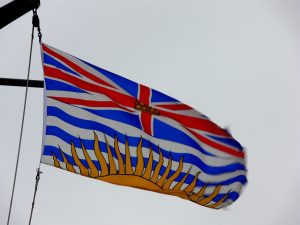 Here is how the ARLR program worked: Law enforcement officers who suspected a driver of drinking and driving asked the person to blow into a portable breath test. If the person registered an alcohol concentration of.05 to .08, the reading was a “warn.” Goodwin v. British Columbia [2015], 3 S.C.R. 250. 264 (Can.) If the person registered more than a 0.08, the person reading was a “fail.” Id. A refusal to blow also was deemed a fail. Id. Drivers with a “warn” were subject to an immediate three-day license suspension and possible three-day vehicle impoundment. MacDonald at 201. Drivers with a “fail” were subject to an immediate 90-day license suspension, mandatory 90-day vehicle impoundment, and were required to complete a responsible driver program and have ignition interlock installed in their vehicles as a condition of having their driver’s licenses restored. Id. The sanctions were imposed through provincial law rather than in connection with a criminal charge of impaired driving in violation of the Criminal Code of Canada. Id.

The ARLR program was designed to maximize deterrence by being certain, severe, and swift. MacDonald at 201. The certainty derived from reducing the time and resources typically consumed in charging an offender with impaired driving. Id.; see also Douglas J. Beirness  & E. Beasley, An Evaluation of Immediate Roadside Prohibitions for Drinking Drivers in British Columbia: Findings from Roadside Surveys, 15 Traffic Injury Prevention 232 (2014) (reporting that after ARLR implementation drivers “perceived that there was a good likelihood of being caught by the police if they had had too much to drink” and that over half of those surveyed had been stopped in a police alcohol checkpoint in the previous two years). The idea was that if law enforcement officers spent less time pursuing criminal charges, they could spend more time detecting drinking drivers and enforcing the law. MacDonald at 201. Imposing sanctions under provincial law required less paperwork and used evidence from roadside breath tests. Id. The sanction was severe and became more so as the BAC increased (though drivers with a BAC of .08 who were not also criminally prosecuted suffered less severe sanctions than they previously would have). Id. at 201, 204; see also Bierness & Beasley at 232 (noting that more than two thirds of drivers surveyed roadside reported that it would be a “complete inconvenience” if they were subjected to immediate suspension and vehicle impoundment). The sanction was swift, as it was imposed roadside by the officer.­­ The ARLR program was extensively publicized through media campaigns, including events reminding drivers of the new legislation and extra enforcement, and through press coverage of its provisions and litigation over their lawfulness. MacDonald at 201, 203; see also Bierness & Beasley at 232 (stating that “it was apparent” in roadside surveys “that awareness of [the ARLR] law was widespread, with over 90 percent of drivers indicating that they were aware of the new measures”).

Researchers found that in the two years following its introduction, the ARLR program was associated with a 40 percent mean reduction in alcohol related fatal collisions, a 23 percent reduction in alcohol related injury collisions, and a 20 percent reduction in alcohol-related property-damage-only collisions. Id. at 201. Researchers cautioned that they could not distinguish between the impact of the ARLR program itself and its associated publicity and that the study focused only on effects over a two-year period. Nevertheless, they noted the study indicated that “effective legislation for drinking and driving” did not require the criminal prosecution of all offenders, and that the partial “decriminalization” brought about by the ARLR program was associated with savings in police time and significant reductions in alcohol-related road deaths, collisions and nonfatal injuries. Id. at 204.

A separate study found that driving after drinking decreased significantly following the introduction of enhanced ARLR. Beirness & Beasley at 230. The percentage of drivers with a BAC of more than .08 decreased by 59 percent. Id. Drivers with BACs of at least .05 decreased by 44 percent. Id. at 232. Researchers also found a changing pattern of driving after drinking. They did not observe increased incidences of drinking and driving on weekend nights that had been observed before implementation of the 2010 ARLR program. Id. In addition, the prevalence of drinking drivers on the road during late night hours was less than half that in 2010. Id. at 230. The researchers noted, however, “that as compelling and persuasive as the present results are, they cannot be unambiguously attributed to the [ARLR] legislation introduced in September 2010.” Id. Their research utilized a “simple pre–post design” that did not include a control group. Id. That deficit, they explained, “leaves open a number of threats to the validity of a causal interpretation of the documented decrease in drinking and driving.” Id.

These findings comport with long-standing advice from experts about the deterrence benefits of administrative license revocations (ALRs). See National Highway Traffic Safety Administration, Countermeasures That Work: A Highway Safety Countermeasure Guide For State Highway Safety Offices 1-15 (9th ed. 2017) (characterizing administrative license revocations as one of the most effective ways of deterring impaired driving). They also add new information about how the deterrent effect of ALRs may compare to that associated with the threat of criminal prosecution.

Potential application in North Carolina. North Carolina’s administrative license revocation system is considerably more time-consuming and resource-intensive than the British Columbia program. It requires that the suspect be charged and that testing be conducted on evidential breath test instruments in accordance with statutory procedures. G.S. 20-16.2; G.S. 20-16.5.. Moreover, administrative revocations under North Carolina law are ordered by a judicial official or by a hearing officer (after first affording a defendant the opportunity to be heard) rather than a law enforcement officer.

As state policymakers consider new strategies to reduce impaired driving and consider recommendations from advocates that the per se BAC level be lowered to .05, they may wish to consider the British Columbia experience. Studies of the provincial license revocation program there indicate that expediated license revocation can be effective in certain contexts – even without a companion criminal prosecution.

Due process concerns. Any administrative license revocation program must, of course, be formulated in a manner that protects a driver’s due process interests. The United States Supreme Court in Mackey v. Montrym, 443 U.S. 1 (1979), upheld against constitutional challenge a statutory scheme under which the Massachusetts Registrar of Motor Vehicles was required to suspend the petitioner’s driver’s license upon receiving an affidavit from a law enforcement officer averring that the petitioner had been arrested for impaired driving, there was probable cause for the arrest, and he had refused to submit to a breath test. The Court rejected the petitioner’s argument that the suspension of his license without first holding an evidentiary hearing violated due process. The court explained that when a prompt postdeprivation hearing is available (as it was under Massachusetts law), the predeprivation procedures must “provide a reasonably reliable basis for concluding that the facts justifying the action are as a responsible governmental official warrants them to be.” Id. at 13. The Massachusetts scheme met that standard. The risk of erroneous observation or deliberate misrepresentation of the facts by the reporting officer was insubstantial. And the review of the affidavit by the registrar, a detached public officer, minimized the risk that a facially deficient report would result in revocation.

British Columbia’s ARLR program did not involve predeprivation review by a detached public officer. In fact, portions of the original program were deemed unconstitutional by the Supreme Court of Canada on the basis that a driver had no meaningful opportunity to challenge the reliability of a “fail” reading. Goodwin v. British Columbia [2015], 3 S.C.R. 250 (Can.). The statutory scheme was amended to (1) require that the driver be advised of the right to a second breath test on a different device; (2) allow the government to rely only on the lower of the two test results; and (3) require a determination on appeal that the breath test was reliable. Id. at 289. Any attempt to implement a similar license revocation program in the United States must, of course, be preceded by considerations of the constitutionally required process that must come before and that must follow an administrative license suspension.