A few months ago, I blogged about the continuing phenomenon of impaired driving, the fatalities resulting from crashes involving impaired drivers, and recommendations from experts about how to reduce the incidence of impaired driving. Some of the feedback I received indicated that talk of solutions ought to be preceded by common agreement on the nature of the problem. 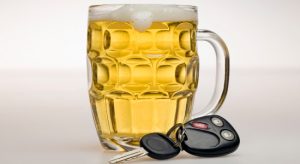 Today’s post sets forth three impaired-driving-related principles borne out by research. Agreement about these basic precepts can support a more robust and productive policy-oriented debate about strategies to reduce impaired driving.

Danger. A 2018 Consensus Study Report of the National Academies of Sciences, Engineering and Medicine listed the following as among the effects of alcohol:

National Academies of Sciences, Engineering, and Medicine, Getting to Zero Alcohol-Impaired Driving Fatalities: A Comprehensive Approach to a Persistent Problem 10 (2018) [hereinafter National Academies].

The report noted that “[d]riving requires several complex skills, and alcohol affects the capacity to drive safely by impairing information processing and reaction time and compromising judgment and coordination.” Id.

Fortunately, the baseline rate of motor vehicle crashes per 100 vehicle miles traveled is relatively low, and most incidents of driving while impaired do not result in a collision. Compare Amy Jewett et al, Centers for Disease Control and Prevention, Alcohol-Impaired Driving Among Adults – United States, 2012, 64(30) MMWR Mob Mortal Wkly Rep. 2015 (estimating 121 million episodes of impaired driving annually) with NHTSA, National Center for Statistics and Analysis, Summary of motor vehicle crashes; 2016 data 2 (September 2018) (reporting 7,277,000 police-reported crashes in 2016). And not every collision causes injury or death. Instead, these are merely potential outcomes. National Academies at 6.

Fatalities. Alcohol-impaired driving is involved in more traffic deaths nationally than any other driving behavior identified and isolated by researchers. NHTSA, National Center for Statistics and Analysis Traffic Safety Facts: 2018 Data, Summary of Motor Vehicle Crashes 6 (November 2020). In 2018, 29 percent of all fatal traffic crashes in the United States involved an alcohol-impaired driver. Id. In contrast, 26 percent of fatalities nationwide were speeding-related. Id. at 6.

The large majority of drivers in fatal crashes have BAC levels far higher than the per se impairment level in North Carolina and nearly every other state of 0.08. In 2018, 67 percent of alcohol-impaired-driving fatalities were in crashes in which at least one driver had a BAC of .15 or higher. NHTSA at 7. The most frequently recorded BACs among drinking drivers in fatal crashes in 2018 was .16. Id.

In some ways, that is good news for a system already geared toward combatting impairment by alcohol. Many of North Carolina’s impaired driving countermeasures have an alcohol-specific focus, including civil license revocations tied to BAC levels (see G.S. 20-16.5), sentencing laws authorizing periods of continuous alcohol monitoring (G.S. 20-179), and ignition interlock requirements (G.S. 20-17.8).

Only eight percent of alcohol-impaired drivers involved in fatal crashes in 2018 had been convicted of DWI in the previous five years (the longest lookback period utilized). NHTSA at 7. Though drivers with BACs of .08 or more involved in fatal crashes were four times more likely to have prior DWI convictions than drivers with no alcohol concentrations (8 percent and 2 percent, respectively), the relatively small number of drivers with prior convictions is a strong indicator that successful intervention efforts must extend beyond punishment and rehabilitation for those who are convicted. Id.

With that background, I’ll return next week to discuss additional research findings and expert recommendations regarding strategies to reduce impaired driving.