The School of Government and the Conference of District Attorneys co-sponsored Practical Skills for New Prosecutors last week. The five-day course includes 12 hours of Professionalism for New Attorneys requirements, so we spent a lot of time talking about professionalism and ethics. While every attorney should, of course, be familiar with the Rules of Professional Conduct, there are five ethics rules that should be at the top of every prosecutor’s list. 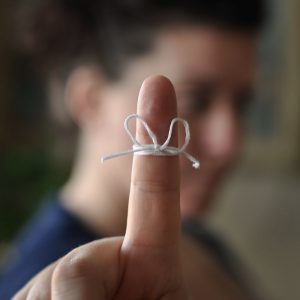 1. In addition to a prosecutor’s constitutional and statutory duties to disclose evidence, a prosecutor must, after making a reasonably diligent inquiry, timely disclose to the defense all evidence all evidence or information known to the prosecutor that tends to negate the guilt of the accused or mitigate the offense. See North Carolina Rules of Professional Conduct, Rule 3.8(d), Special Responsibilities of a Prosecutor.

How does this rule differ from a prosecutor’s constitutional obligation pursuant to Brady v. Maryland, 373 U.S. 83 (1963), and Kyles v. Whitley, 514 U.S. 419 (1995), to learn of and disclose to the defendant materially favorable evidence? The ethical requirement is broader. That is because, unlike a prosecutor’s due process obligation, the ethics rule does not include a materiality requirement. North Carolina State Bar v. Brewer, 05 DHC 37 Reprimand at 26 n.9 (April 4, 2008) (citing Richard A. Rosen, Disciplinary Sanctions Against Prosecutors for Brady Violations: A Paper Tiger, 65 N.C. L. Rev. 693, 714 (1987) (noting that to fulfill ethical obligations under modern ethics codes “the prosecutor must disclose all exculpatory evidence . . . whether or not the evidence presented or omitted is important enough, in the context of all of the evidence presented at trial, to warrant a reversal of the conviction”; concluding that “[a]n ethical violation can, and often will, be present even when due process is not violated.”).

Rule 3.8(d) also requires a prosecutor, in connection with sentencing, to disclose to the defendant and the court “all unprivileged mitigating information known to the prosecutor,” unless disclosure is barred by a protective order.

2. A prosecutor may not prosecute a charge that the prosecutor knows is not supported by probable cause. See North Carolina Rules of Professional Conduct, Rule 3.8(a), Special Responsibilities of a Prosecutor. Thus, if a trial court enters an order suppressing evidence that bars the prosecutor from establishing probable cause that a crime occurred, the only proper course of action is for the prosecutor to dismiss the charge. Likewise, a prosecutor may not seek the filing of charges that are precluded by established law. See North Carolina State Bar v. Paul, 12 DHC 33 (October 17, 2012) (suspending assistant district attorney from the practice of law for one year for instructing law enforcement to seek warrants for charges that she should have known were precluded by established law). The State Bar cautioned in Paul: “It is imperative to the proper administration of justice that prosecutors maintain objectivity and exercise their powers cautiously. Even the best of intentions is insufficient to justify causing a person to be arrested on charges unsupported by law.” Id.

3. A prosecutor may not offer special treatment to a person charged with a crime in exchange for a charitable contribution. While a prosecutor may engage in plea negotiations with a defendant, including negotiations that require a defendant to pay statutorily-authorized restitution, a prosecutor may not reduce or dismiss charges or seek prayers for judgment continued (PJCs) in exchange for a charitable contribution. See RPC 204, Prosecutor’s Offer of Special Treatment to Defendants Who Make Charitable Contributions (July 21, 1995) (ruling that it is prejudicial to the administration of justice for a prosecutor to offer special treatment to individuals charged with traffic offenses or minor crimes in exchange for a direct charitable contribution to the local school system). The State Bar has explained that “[t]he offer of special treatment from a prosecutor to individuals charged with traffic violations or minor criminal offenses in exchange for direct donations to even the most worthy charity implies that justice can be purchased.” Id. This type of conduct is prejudicial to the administration of justice and contravenes a prosecutor’s duty to seek justice, not merely to convict. Id.

4. A prosecutor may not intentionally fail to inform the court of prior convictions that affect a defendant’s sentence. See 2003 Formal Ethics Opinion 5, Participating in Misrepresentation of Prior Record Level in Sentencing Proceeding. To so misinform the court would violate a prosecutor’s duty under Rule 3.3 of candor toward the tribunal. Moreover, a prosecutor may not under-report a defendant’s criminal history even with the permission of the court. 2003 Formal Ethics Opinion 5 (explaining that a prosecutor may not collude with a judge to avoid the requirements of the Structured Sentencing Act; such conduct violates Rule 8.4 as it involves dishonesty and misrepresentation, is prejudicial to the administration of justice, and knowingly assists a judge in violating the rules of judicial conduct).

Rule 3.6 prohibits an attorney, including a prosecutor, from making an extrajudicial statement that the attorney knows or reasonably should know will be disseminated by means of public communication and will have a substantial likelihood of materially prejudicing an adjudicative proceeding. The commentary to the rule recognizes that, of all such proceedings, criminal jury trials are the most sensitive to extrajudicial speech. Rule 3.6(a) sets forth a safe harbor for extrajudicial speech, permitting prosecutors to state the following:

(1) the claim, offense or defense involved and, except when prohibited by law, the identity of the persons involved;

(2) the information contained in a public record;

(3) that an investigation of a matter is in progress;

(4) the scheduling or result of any step in litigation;

(5) a request for assistance in obtaining evidence and information necessary thereto;

(6) a warning of danger concerning the behavior of a person involved, when there is reason to believe that there exists the likelihood of substantial harm to an individual or to the public interest;

(7) the identity, residence, occupation and family status of the accused;

(8) if the accused has not been apprehended, information necessary to aid in apprehension of that person;

(10) the identity of investigating and arresting officers or agencies and the length of the investigation.

The commentary to Rule 3.6 lists “certain subjects that are more likely than not to have a material prejudicial effect on a proceeding,” particularly when they refer to a criminal matter. These subjects include commentary relating to:

(1) the character, credibility, reputation or criminal record of a suspect or witness in a criminal investigation, the identity of a witness, or the expected testimony of a witness;

(2) the possibility of a guilty plea or the existence or contents of any confession, admission, or statement given by a defendant or suspect or that person’s refusal or failure to make a statement;

(4) any opinion as to the guilt or innocence of a defendant or suspect in a criminal case or proceeding that could result in incarceration; and

(5) information that the lawyer knows or reasonably should know is likely to be inadmissible as evidence in a trial and that would, if disclosed, create a substantial risk of prejudicing an impartial trial.

The commentary notes that a prosecutor may state the fact that a defendant has been charged with a crime, but notes that such a statement is likely to have a material prejudicial effect unless it is accompanied by a statement explaining that the charge is merely an accusation and that the defendant is presumed innocent until and unless proven guilty.