Buckling Up:  Part of the Strategy to Reduce Deaths from Impaired Driving

North Carolina’s Impaired Driving Task Force held its first quarterly meeting of 2020 a few weeks ago. Bill Naff, program manager for the National Highway Traffic Safety Administration (NHTSA), spoke at the meeting about strategies to reduce impaired driving fatalities. You might be surprised to hear about one strategy that was near the top of the list: Get every vehicle occupant to buckle up. 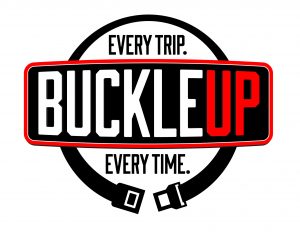 NHTSA reports that nearly half of the passenger vehicle occupants who were killed in crashes in 2017 (47 percent) were not wearing a seat belt. Had those people been buckled up, a significant number of them might have survived. NHTSA cites research findings that wearing a seat belt reduces the risk of fatal injury to front seat passenger car occupants by 45 percent and the risk of moderate to critical injury by 50 percent. The risk reductions for buckling up in a light truck may be even higher. Put simply, NHTSA says that “[b]uckling up is the single most effective thing you can do to protect yourself in a crash.”

The impact of increasing seat belt use. In a 2019 report, NHTSA estimated that 14,955 lives were saved nationally in 2017 (and 633 in North Carolina) by seat belt use among vehicle occupants. The agency further estimated that if every vehicle occupant had been restrained by a safety belt, an additional 2,549 lives would have been saved, 18 of those in North Carolina.

The good news. Most front seat passengers do buckle up. NHTSA estimated seat belt use by adult front-seat passengers nationally to be at a rate of 90.7 percent in 2019. The 2018 estimate for North Carolina was 91.3 percent. As the seat belt use rate has increased, the percentage of unrestrained passenger vehicle occupant fatalities during the daytime has decreased. Seat belt use is higher in states, like North Carolina, in which occupants may be pulled over solely for not using seat belts (referred to as primary enforcement) compared to states in which a seat belt violation does not provide a lawful basis to stop a vehicle (referred to as secondary enforcement). Seat belt use is highest in the western United States and lowest in the Northeast region. The South comes in a respectable second.

The not-so-good news. Advocates for Highway and Auto Safety recently released a report, 2020 Vision for Safety, evaluating states based on their adoption of recommended state highway safety laws. North Carolina received a cautionary rating in the category of occupant protection because the state lacks a primary enforcement rear seat belt law. In North Carolina, a law enforcement officer may not stop a vehicle merely for a backseat passenger’s failure to buckle up. See G.S. 20-135.2A(d1) A law enforcement officer who has lawfully stopped a vehicle for another reason and learns of a rear seat belt violation may, however, cite the driver for this offense. But even if G.S. 20-135.2A(d1) were amended to make the rear seat belt law a basis for stopping a vehicle, it is not clear that North Carolina’s ranking by this group would improve. That’s because it categorizes a primary enforcement rear set belt law as one that not only permits a law enforcement officer to stop a vehicle for a rear seat violation, but also to ticket the driver for the violation of the seat belt law.

This advocacy group is not the first to suggest that North Carolina should change its rear-seat enforcement rules. The state’s Child Fatality Task Force, a legislative study commission, recommended in 2016 that law enforcement officers be permitted to stop vehicles for a rear seat passenger’s failure to wear a seat belt and that the fine for such violations be increased from $10 to $25.

Parents should consistently model seat belt safety for their children, should require that they always wear seat belts, and should never assume that they are buckled.

Law enforcement officers should conduct high visibility enforcement campaigns, like Click It or Ticket, and, during other times, promote social norming messages like Buckle Up — Every Trip. Every Time.

NHTSA also has promoted more targeted strategies, such as the Trauma Nurses Talk Tough program, which showed some success in Robeson County.

Given the safety benefits of seat belts and how easy it is to buckle up, it probably shouldn’t be surprising that seat belt use is among the leading strategies experts suggest to reduce fatalities from impaired driving.