Spring is only a few weeks away. Soon preparation will begin for the rites of the season, among them pruning, planting, and, of course, prom.

A few weeks ago, I chaperoned a dance at my son’s high school. (I elected not to tell him that I was chaperoning, so you can imagine his reaction when he saw me there. For more about that, please check out my parenting blog.) When I walked into the gymnasium, I saw tables laden with dozens of bright yellow flashlight-shaped devices. The school had not stockpiled flashlights for gazing into dark corners. Instead, these were portable breath testing instruments awaiting samples of air drawn from the deep lungs of teenagers. Every student seeking admission to the dance was required to submit a breath sample. Only students who registered no alcohol concentration were eligible to attend the dance. 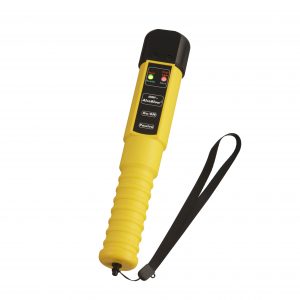 After the dance, someone asked me whether it was lawful for a school to require students to submit to a breath test before admitting them to a school function. My answer? Yes. My reasoning? See below.

Breath tests are a Fourth Amendment search. The question was a reasonable one given that when a government official carries out a breath test, he or she conducts a Fourth Amendment search. See Skinner v. Railway Labor Executives’ Ass’n, 489 U.S. 602, 617 (1989) (holding that “a breathalyzer test, which generally requires the production of alveolar or ‘deep lung’ breath for chemical analysis” is a search governed by the Fourth Amendment); People v. Chowdhury, 775 N.W.2d 845, 854 (Mich. App. 2009) (rejecting argument that because a portable breath test is less intrusive than a Breathalyzer test, it is not a search for purposes of the Fourth Amendment); cf. State v. Jones, 106 P.3d 1, 6 (Kan. 2005) (asserting that while “[i]t would be overbroad to declare that all PBT[]s are searches [given that some use passive sensor technology to detect the presence of alcohol in an area where a person is breathing normally] . . . the particular PBT used on [the defendant] tested his deep lung breath for chemical analysis and, under Skinner, was a search subject to the strictures of the Fourth Amendment”). For such a search to satisfy the reasonableness requirement of the Fourth Amendment, it generally must­ — absent the person’s consent to the search, exigent circumstances, or a special needs exception — be carried out pursuant to a judicial warrant issued upon probable cause.

Searches by public school officials are special needs searches. Searches by public school officials are among the types of searches that fall within the special needs exception to the general requirement of a warrant and probable cause. See Vernonia School District 47J v. Acton, 515 U.S. 646 (1995) (so stating); see also Griffin v. Wisconsin, 483 U.S. 868, 873 (1987) (noting that the Supreme Court has permitted exceptions to these requirements when “special needs, beyond the normal need for law enforcement, make the warrant and probable-cause requirement impracticable”). The Supreme Court has reasoned that, in the public school context, the warrant requirement “would unduly interfere with the maintenance of the swift and informal disciplinary procedures.” New Jersey v. T.L.O., 469 U.S. 325, 340, 341 (1985). Moreover, “strict adherence to the requirement that searches be based upon probable cause” would undercut “the substantial need of teachers and administrators for freedom to maintain order in the schools.” Id. The legality of such a search depends instead on its reasonableness under all the circumstances.

Indeed, the high court in Acton dispensed with the requirement of individualized suspicion altogether, upholding as constitutional the random, suspicionless drug testing of student-athletes by public schools. 515 U.S. at 664-65. In reaching its conclusion, the Court relied upon (1) students’ decreased expectation of privacy with regard to medical exams and procedures required by and performed at school and athletes’ further decreased expectation of privacy given locker room conditions, (2) the fact that urine samples were collected in relatively unobtrusive circumstances approximating those regularly encountered in public restrooms, and (3) the severity of the need to ensure that role-model student athletes did not use drugs and thereby fuel the school drug problem. The Supreme Court expanded Acton’s reach in Board of Education of Independent School District No. 92 of Pottawatomie County v. Earls, 536 U.S. 822 (2002), upholding a school policy requiring middle and high school students to consent to suspicionless drug testing in order to participate in any extracurricular activity. The Earls Court minimized the distinction between athletic and other extracurricular activities, reasoning that students participating in extracurricular activities also had limited expectations of privacy and that the drug testing program was a reasonably effective means of addressing the school district’s legitimate desire to prevent and deter drug use among schoolchildren.

Lower courts have relied upon Acton in upholding other types of suspicionless searches of students. See In re Latasha W., 70 Cal.Rptr.2d 886 (Cal. Ct. App. 1998) (upholding as lawful the search by hand-held metal detector of a student selected at random; after detector beeped, student was asked to open her pocket, revealing a knife); State v. J.A., 679 So.2d 316 (Fla. Dist. Ct. App. 1996) (upholding lawfulness of search carried out pursuant to school policy authorizing random searches of students in high school classrooms with hand-held metal detector wands; a gun was discovered in the student’s coat); People v. Pruitt, 662 N.E.2d 540 (Ill. App. Ct. 1996) (upholding as lawful the pat-down search of a student by a school-liaison police officer after a metal detector that the student was required to walk through to enter the school reacted; a gun was discovered in the student’s pants pocket). And while special needs searches must be divorced from the State’s general interest in law enforcement, the subsequent criminal prosecution of a student based on evidence discovered in a special needs search by school officials apparently does not a fortiori render the search unlawful, see, e.g., Pruitt, 662 N.E.2d at 547, though the sharing of information with law enforcement is a factor in evaluating the objective for and lawfulness of the search, see Board of Education of Independent School District No. 92 of Pottawatomie County v. Earls, 536 U.S. 822, 833 (2002) (noting that results of drug tests of students who wished to engage in extracurricular activities were not turned over to any law enforcement authority); cf. Ferguson v. City of Charleston, 532 U.S. 67, 82–84 (2001) (holding that a state hospital policy requiring the diagnostic testing of pregnant women meeting certain criteria, such as history of drug abuse, could not be justified by the special needs exception because the results of the warrantless blood tests were frequently handed over to law enforcement; stating that “[w]hile the ultimate goal of the program may well have been to get the women in question into substance abuse treatment and off of drugs, the immediate objective of the searches was to generate evidence for law enforcement purposes in order to reach that goal.”)

Application to portable breath tests administered before a school function. Public schools have an interest in ensuring that students do not consume alcohol in connection with school functions. Consumption of alcohol by underage persons is associated with driving while impaired and other dangerous behaviors by young people. And students who have consumed alcohol may act disruptively at school functions. Given a school’s tutelary authority over students, it is reasonable for the school to adopt measures to discourage students from attending school functions after consuming alcohol. Requiring all students to submit to a minimally intrusive test that reveals nothing more than whether they have recently consumed alcohol is a reasonable manner of accomplishing that objective.

Plus, the students consent. In some of the circumstances mentioned above, students were searched in connection with their presence at a school that they were required by law to attend. Attending an after-school function like a prom is different from compulsory school attendance. Thus, submitting to a breath test in this circumstance also may be deemed reasonable on the basis of students’ consent to search.

How did the dance turn out? I don’t believe any students were turned away from the dance I attended based on a positive breath test. I’ve heard anecdotally that no student ever tests positive. The students know before coming that their breath will be tested. I’m sure the tests don’t prevent students from drinking altogether. But the administration of portable breath tests do appear to be an effective and lawful way of deterring students from drinking before attending school functions.