The federal government wants judges to know more about masking. What is it, and what do judges need to know? 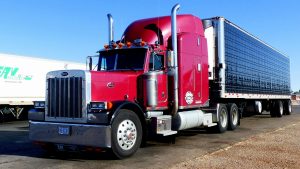 What is masking? Masking refers to hiding motor vehicle convictions sustained by the holders of commercial driver’s licenses. Federal regulations prohibit that practice. Those rules provide that a state “must not mask, defer imposition of judgment, or allow an individual to enter into a diversion program that would prevent a CLP or CDL holder’s conviction for any violation, in any type of motor vehicle, of a State or local traffic control law (other than parking, vehicle weight, or vehicle defect violations) from appearing on the CDLIS driver record, whether the driver was convicted for an offense committed in the State where the driver is licensed or another State.” 49 C.F.R. § 384.226.

There are a lot of acronyms in there, so let’s unpack this a little bit.

FMCSA.  As part of its efforts “to reduce the number and severity of large-truck involved crashes,” Congress established in 1999 the Federal Motor Carrier Safety Administration (FMCSA) in the Department of Transportation. 49 U.S.C.A. § 113 note.

CDLIS. Before issuing a CLP or CDL to any person, the state must check its own licensing records as well as the Commercial Driver’s License Information System (CDLIS) to determine whether the person is eligible. 49 C.F.R. § 384.205 – .206. A state also must notify the operator of the CDLIS of each CLP or CDL issuance, 49 C.F.R. § 384.207, and must maintain as part of the CDLIS driver record “[a]ll convictions, disqualifications and other licensing actions for violations of any State or local law relating to motor vehicle traffic control (other than parking, vehicle weight, or vehicle defect violations) committed in any type of vehicle,” 49 C.F.R. §§ 384.225.

When a person who holds a CLP or CDL from another state is convicted of a violation of state or local law relating to motor vehicle traffic control (other than parking, vehicle weight or vehicle defect violations), in any type of vehicle, the licensing entity of the state in which the conviction occurs must notify the other state. 49 C.F.R. § 384.209. A state also must notify the licensing state when a person who does not hold a CDL, but who is licensed to drive by the other state, is convicted of a motor vehicle violation (other than a parking violation) that occurs in a commercial vehicle. Id.

The penalty for noncompliance. States that do not comply with FMCSA regulations risk losing federal highway funds, up to 4 percent the following the first year of noncompliance and up to 8 percent in subsequent years. 49 C.F.R. § 384.401.

That’s serious money.  So, if you are a judge who presides over traffic court, you may be wondering why the School of Government’s so-called motor vehicle law expert has never mentioned the word masking. It’s because North Carolina’s statutory scheme largely prevents masking by judicial officials.

Expunctions can’t override FMCSA record-keeping regulations. Even though records of some traffic convictions may be expunged, DMV is allowed to keep records when their expunction is prohibited by “the federal Commercial Motor Vehicle Safety Act of 1986, the federal Motor Carrier Safety Improvement Act of 1999, or regulations adopted pursuant to either act.” G.S. 15A-151(c). Thus, a judge who grants an expunction permitted by statute does not risk masking a conviction entered against the holder of a CDL or the driver of a commercial motor vehicle.

That leaves diversion. Recall that states are prohibited from allowing a person to enter into a diversion program that would prevent a CLP or CDL holder’s conviction for a motor vehicle offense from appearing on the CDLIS driver record. Most diversions, or deferred prosecutions, do not involve a judge. Instead, a prosecutor exercises his or her discretion to determine whether the charges against the defendant will be diverted without adjudication. In these instances, a prosecutor should not use that authority to circumvent FMCSA regulations. (The National Traffic Law Center, a program of the National District Attorneys Association, has published a “Masking Quick Reference Guide” that may help prosecutors evaluate what actions run afoul of federal regulations.) Trial court judges in North Carolina do approve statutory deferred prosecution under G.S. 15A-1341. So, if a judge were asked to approve such an agreement for a case involving motor vehicle charges against a CDL holder or the driver of a commercial motor vehicle, the judge should decline to do so.

Uncle Sam wants you, trial judges. I mentioned at the outset that the federal government wants judges to know about masking. FMCSA’s Commercial Driver’s License Program Implementation (CDLPI) grant program provides financial assistance for national projects that aid states in FMCSA compliance. One such grant was awarded to National Judicial College, which is offering a free webcast for North Carolina Judges on “Ethically Handling Commercial Drivers in Criminal and Traffic Courts.” The webcast will be held October 2, 2019 at noon. You can register here.