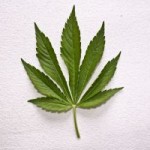 Earlier this week, the court of appeals decided State v. Simmons, a search and seizure case that should interest officers, lawyers, and judges. The facts are simple: an officer stopped a driver for not wearing his seat belt. It turned out the the driver’s license was revoked, so the officer cited the driver for that, too. While issuing the citation, the officer “noticed a white plastic grocery bag sticking out of the storage holder on the passenger-side door of [the driver’s] vehicle.” Having seen contraband in grocery bags before, the officer asked the driver what was in the bag. The driver replied “cigar guts.” At that point, the officer believed that he had probable cause to search the car — remember, motor vehicles can be searched with probable cause but without a warrant under the automobile exception to the warrant requirement — so he did, finding marijuana in the bag.

The driver was charged with drug offenses and moved to suppress. The trial judge denied the motion, effectively finding that the most likely reason for a person to take the tobacco out of a cigar was to make a “blunt,” i.e., a marijuana-filled cigar, and that the presence of “cigar guts” suggested that marijuana was likely to be in the vehicle as well. (Those unfamiliar with “blunts” can learn about them here.)

The most similar case I could find is People v. Mays, 190 Misc.2d 310, 738 N.Y.S.2d 152 (N.Y. Sup. 2001). The court there held that an officer had probable cause to search a suspect’s vehicle when the officer saw a pile of loose tobacco in the car. In Simmons, the court of appeals distinguished Mays, noting that the suspect in Mays was showing signs of impairment and was out at 4:00 a.m. near a problematic nightclub, all factors absent in Simmons. But as I read Mays, those factors weren’t really central to the court’s decision. The court focused on the loose tobacco, saying that “[t]o the past indicia [of drug activity] can now be added small piles of loose tobacco, reflecting a new consumption pattern involving the use of a hollowed out cheap cigar.” There’s something to that: really, what legitimate reasons are there for taking the innards out of a bunch of cigars? But then again, people do all sorts of odd things. Simmons was a close case, as everyone involved acknowledged, and reasonable minds can differ.

Assuming that the state supreme court doesn’t review Simmons, the bottom line is that something beyond the mere presence of loose tobacco is required for probable cause. The Simmons opinion suggests that not much more is required. Exactly how much is a question for another case.