All You Need to Know about Automatism 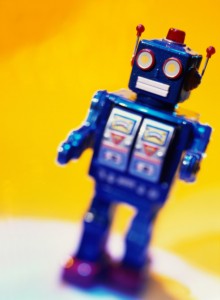 The automatism defense is discussed briefly on page 14 of the current version of North Carolina Crimes. Because I’ve had a couple of questions about it, I thought I’d write about it in a little more detail.

Automatism is the “absence of consciousness[, which] not only precludes the existence of any specific mental state, but also excludes the possibility of a voluntary act without which there can be no criminal liability.” State v. Fields, 324 N.C. 204 (1989). So automatism appears to be a complete defense to all crimes, presumably even the strict liability offenses discussed here. I know of only two exceptions to this rule. The first is felony murder. State v. Boggess, 195 N.C. App. 770 (2009) (the defendant kidnapped and killed the victim; the kidnapping was committed voluntarily; the defendant’s evidence suggested that he was in a dissociative state when he killed the victim; trial court’s refusal to instruct the jury on automatism with respect to the murder was proper; where the underlying felony is voluntary, automatism is not a defense to felony murder). The second is when “the crime charged can be committed recklessly or negligently and the defendant, knowing of his tendency to black out, put himself in a position where a manifestation of this tendency would be especially dangerous, such as driving an automobile alone.” N.C.P.I. – Crim. 302.10 n. 1.

Despite some early authority to the contrary, “unconsciousness as a result of voluntary ingestion of alcohol or drugs will not warrant the instruction [for automatism] requested here by defendant.” State v. Fisher, 336 N.C. 684 (1994). See also State v. Morganherring, 350 N.C. 701 (1999) (holding that automatism and voluntary intoxication are “fundamentally inconsistent” defenses). But see State v. Smith, 59 N.C. App. 227 (1982) (“Under the law of this State, unconsciousness, or automatism, can be a complete defense to a criminal charge. . . Delirium from drugs or drunkenness is recognized as a source of unconsciousness for purposes of this defense.”).

Cases holding that an automatism instruction was properly denied include Andrews, supra (evidence insufficient to require an instruction where defense expert testified that the defendant “was suffering from a condition known as serotonergic syndrome as a result of simultaneously taking both Effexor and Prozac,” and that the syndrome could cause “anterograde amnesia; in other words, they go through something, they realize they have done it, and afterwards, they don’t realize, again, the weight of their actions”), and State v. Boyd, 343 N.C. 699 (1996) (defendant’s testimony that “he could not remember many of his actions on the day of the crimes” was insufficient to require a jury instruction on automatism, given his complete recollection of events during an earlier statement to police and his failure to tell police that he suffered from automatism at the time of the crime; his limited recollection at trial may have been “attributable to nothing but the passage of time”).

Finally, a procedural note. Under G.S. 15A-905(c), if the state provides discovery to the defendant, “the court must, upon motion of the State, order the defendant to . . . [g]ive notice to the State of the intent to offer at trial a defense of . . . automatism.”