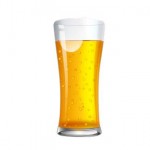 The Court of Appeals released several criminal law opinions yesterday. One that caught my eye was State v. Merrell, __ N.C. App. __ (2011). In a nutshell, the defendant was an alcoholic who lived with his sister and her family. He began sexually abusing his niece, in a variety of ways, when she was nine. He was convicted of attempted first-degree statutory rape and five counts of indecent liberties. Although he did not request a jury instruction on voluntary intoxication, he argued on appeal that the trial judge committed plain error by failing to give one. The court of appeals rejected this argument.

So voluntary intoxication was at least a possible defense in Merrell. However, the court stated that an instruction on voluntary intoxication is warranted only when it “appear[s] that [the] defendant was not able, by reason of drunkenness, to think out beforehand what he intended to do and to weigh it and understand the nature and consequence of his act.”  In the case at bar, the evidence showed that the defendant “made careful plans to be alone with the child, and in at least one instance, tricked her into coming out of her room after she had locked herself away from him.” Thus, no instruction was required, and the trial court’s failure to give one was not error. In an important aside, the court stated that whether the defendant was able to remember his crimes later was immaterial.

Finally, as a personal aside, I’ll admit to a little discomfort with the whole idea of voluntary intoxication as a defense. Perhaps the disturbing facts of Merrell are weighing on me, or perhaps some part of me is stuck in the nineteenth century, when the courts “recoiled at the notion that drunkenness could reduce a defendant’s criminal liability.” Rubin, supra. My reservations appear not to be widely shared: while states are free to reject the voluntary intoxication defense, i.e., there is no due process right to present such a defense, Montana v. Egelhoff, 518 U.S. 37 (1996), today only a “handful of states,” apparently including Texas and South Carolina, reject the defense altogether, Chad J. Layton, Comment, No More Excuses: Closing the Door on the Voluntary Intoxication Defense, 30 J. Marshall L. Rev. 535 (1997). In any event, the defense is well established in North Carolina, as the authorities cited above reveal.