Editor’s Note:  This is the first post by Ethan Rex, who has served as the Project Manager for the Criminal Justice Innovation Lab since June 2020. We welcome Ethan to the blog!

The UNC School of Government Criminal Justice Innovation Lab recently released a report of early findings for the Citation Project. Executed by the Lab and the North Carolina Association of Chiefs of Police (NCACP), the Citation Project seeks to improve policing practices through implementation and rigorous evaluation of a model citation in lieu of arrest policy. Initial findings from the first report are promising: citations are being heavily used in pilot sites, there were no racial disparities in warrantless arrests, implementation is strong, magistrates’ bail decisions suggest the policy is working as intended, and use of citations results in substantial time savings for police departments.

What is a “citation in lieu of arrest” policy?

What’s behind the project & who’s involved?

Several groups, including the Task Force on 21st Century Policing, the International Association of Chiefs of Police, and the North Carolina Task Force for Racial Equity in Criminal Justice have recommended the use of citation in lieu of arrest, citing benefits to public safety, efficient use of resources, and equity. Despite these recommendations and potential benefits, little research has been done evaluating the impact of citation in lieu of arrest policies. The Citation Project is designed to remedy that research gap.

As noted, this is a joint project between the Lab and the NCACP. The project’s seven-member project team includes five North Carolina Police Chiefs: 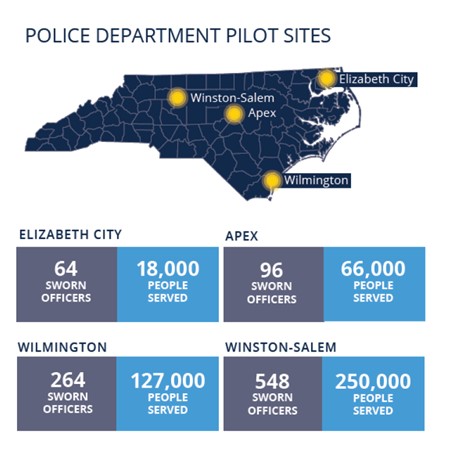 What did the first report find?

This first report covers the first four months of implementation: December 2020 through March 2021. The report includes a lot of findings. In this post, I’ll summarize several key takeaways.

Officers are using citations for most encounters

There was no significant difference in warrantless arrests across racial groups

When we examined outcomes by race, found that just under 10% of encounters resulted in an arrest for both Black and White people. While White people were arrested slightly more often than Black people, additional analyses determined that this difference was likely due to chance. In other words, early findings suggest that there were no racial disparities in warrantless arrests.

Examining the quality of a policy’s implementation can help us understand the extent to which a policy is operating as intended, thereby providing context for findings. For instance, if desired or anticipated effects of a policy are not found, an implementation evaluation can signal whether it is due to policy or implementation shortcomings. Preliminary analysis revealed good implementation of the model policy. Specifically, officers correctly categorized 80% of reasons for arrest and 90% of forms properly reported on encounters within the scope of the policy. 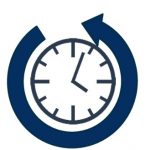 The Citation Project continues through 2023. Future reporting will include additional key metrics, such as non-appearance and new pretrial criminal activity rates. The project is supported by a grant from the Charles Koch Foundation.

If you have questions about the Citation Project, feel free to reach out to me at rex@sog.unc.edu.