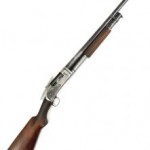 Last week, the court of appeals decided State v. Watterson, __ N.C. App. __ (2009). The defendant was charged with, and convicted of, two counts of possession of a weapon of mass destruction in violation of G.S. 14-288.8.  The charges were based on the defendant’s possession of two shotguns, each of which had been sawed off to about a 14-inch barrel length. (Anything under 18 inches is verboten per G.S. 14-288.8(c)(3).) The defendant admitted that he had sawed off the barrels but claimed that he didn’t know exactly how long they were. He requested a jury instruction that knowledge of the length of the barrel was an element of the offense. The trial court refused to give the instruction.

On appeal, the defendant argued that the trial court’s instructions improperly failed to impose any mens rea requirement, instead treating possession of a weapon of mass destruction as a strict liability offense. The defendant’s brief relied heavily on Staples v. United States, 511 U.S. 600 (1994), a case in which the Supreme Court held that the government must prove that a defendant knew that his firearm was capable of fully automatic operation in order to obtain a conviction for failure to register an automatic firearm as required by the National Firearms Act. The Staples Court declined to “impose criminal sanctions on a class of persons whose mental state–ignorance of the characteristics of weapons in their possession–makes their actions entirely innocent,” especially in light of the severe sentences possible under the Act.

The Court did acknowledge that some types of weapons are so plainly dangerous and likely to be regulated that it may be proper to interpret statutes regulating them as having no mens rea requirement . For example, in United States v. Freed, 401 U.S. 601 (1971), the Court held that a conviction for possession of an unregistered hand grenade (can you have a registered hand grenade?) did not require proof that the defendant knew that the grenade was unregistered. The Staples Court indicated in dicta that it viewed sawed-off shotguns as falling in this category: “[C]ertain categories of guns . . . including . . . sawed[-]off shotguns . . . have the same quasi-suspect character we attributed to owning hand grenades in Freed.”

Notwithstanding the quoted language, a number of courts have held that a conviction for possession of a sawed-off shotgun requires proof that the defendant knew of the weapon’s prohibited feature, i.e., that the barrel was shorter than 18 inches. See, e.g., United States v. Miller, 255 F.3d 1282 (11th Cir. 2001); United States v. Serrano, 406 F.3d 1208 (10th Cir. 2005); United States v. Sanders, 520 F.3d 699 (7th Cir. 2008). Those courts have generally agreed, however, that a jury may reasonably infer that a defendant is aware of the length of the barrel on a firearm that he handled — at least where, as in Watterson, the barrel is considerably shorter than 18 inches. In at least one case, a court has found the failure to instruct on the element of knowledge to be harmless error because a defendant obviously knew or should have known that a 13-inch barrel was shorter than 18 inches. State v. Williams, 148 P.3d 993 (Wash. 2006).

A smaller number of courts have held otherwise. See, e.g., United States v. Barr, 32 F.3d 1320 (8th Cir. 1994) (“Unlike the modified semi-automatic rifle in Staples, a sawed-off shotgun is clearly not a traditionally lawful weapon and [the defendant] had no legitimate expectation that the weapon was not subject to regulation”); In re D.S., 747 A.2d 1182 (D.C.2000). The Watterson court chose this path, holding that a defendant may be convicted under G.S. 14-288.8 even if he did not know that the barrel of his shotgun was shorter than 18 inches.

Although this places North Carolina in the minority camp on this issue, this case is hardly a slam dunk for review by the state supreme court. The court of appeals opinion was unanimous, and more importantly, it relied in part on a unique feature of North Carolina law that makes the out-of-state cases cited above less relevant as persuasive authority. It compared G.S. 14-288.8 to G.S. 14-288.21, which prohibits the possession, etc., of nuclear, chemical, and biological weapons of mass destruction. The prohibitory language in the two statutes is virtually identical, except that the latter includes the word “knowingly” and the former does not, which the court of appeals found to indicate the General Assembly’s intent to impose a  mens rea requirement on the latter but not the former.

To me, the most puzzling aspect of Watterson relates to the fact that the defendant was convicted of two counts, based on the simultaneous possession of two guns. As we learned in State v. Garris, __ N.C. App. __, 663 S.E.2d 340 (2008), a felon who possesses more than one gun at a time can be convicted of only one count of violating G.S. 14-415.1. Perhaps there is a reason for a different rule for purposes of G.S. 14-288.8 — please leave a comment if you can think of a convincing distinction — but I’m surprised that the defendant didn’t at least raise the issue. Anyone have any thoughts about why he didn’t, or what the result would or should have been if he had?