The big news nationally this week was the New York arrest and indictment of Dominique Strauss-Kahn on charges that he sexually assaulted a maid at a Manhattan hotel. Prior to his arrest, Mr. Strauss-Kahn was the head of the International Monetary Fund and was widely expected to be the next president of France. The New York Times has the story here. There are a thousand interesting aspects of the case, from the trivial to the consequential:

But I have to admit, there’s not much of a North Carolina connection, so I’ll try to limit my comments about the intriguing DSK matter. In other news:

1. The Fourth Circuit has rejected the application of the Confrontation Clause at sentencing in United States v. Powell, discussed here. Recall that our court of appeals ruled otherwise not long ago, as discussed here.

2. The General Assembly’s still in session. A proposed substantial revision of the Racial Justice Act was the subject of some legislative maneuvering recently and remains alive, while former Justice Robert Orr argued in this editorial that H 632, which would raise the juvenile age to 18, should be given more attention than it has so far received.

3. Spring is graduation season. At NCCU, law graduate Preston Mitchum “has found himself in hot water after plagiarizing a speech to thousands of people at a commencement ceremony” for the school’s graduate and professional students. The News and Observer has the story here, but briefly, Mr. Mitchum found a funny graduation speech on YouTube and misappropriated it. He says that his failure to attribute the speech to its author was unintentional.

4. Looking to improve your legal writing? The Blog of Legal Times reports here on writing guru Bryan Garner and the interviews he conducted with eight Justices of the Supreme Court. Most emphasized the value of simple, succinct, and direct prose. Unsurprisingly, the pithiest advice came from Justice Scalia, who proposed the following test for whether a word is appropriate for use in a brief: “If you used the word at a cocktail party, would people look at you funny?” In a wonderful coincidence, the AP recently reported on the Plain Writing Act, signed by President Obama: “It takes full effect in October, when federal agencies must start writing plainly in all new or substantially revised documents produced for the public.” Fortunately for bureaucrats everywhere, “[t]he government will still be allowed to write nonsensically to itself.”

5. Finally, a couple of quick stories on the lighter side. A Florida man was arrested after he inadvertently called 911 on his cell phone, allowing the 911 operator to overhear him conducting a drug deal. An Arizona inmate who requested DNA testing on the theory that it would exonerate him of a sexual assault got an unpleasant surprise when the results not only confirmed his guilt on the original charge, but also linked him to an unsolved rape. And a man who asked a judge to increase his sentence from 30 years to 33 years so that his term would match Larry Bird’s jersey number now regrets his successful request: he thinks that the judge “became unprofessional” and wonders “[w]hy feed into my game? I’m a criminal.” 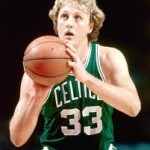