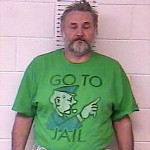 Regular readers may have noticed that I fell down on the job and didn’t get a post up on Wednesday. Sorry about that! It’s been a busy week with the various court officials’ conferences. But it’s also been busy in the wider world:

1. The North Carolina Bar Association’s Criminal Justice Section is preparing for its annual awards dinner. Each year, the section honors one prosecutor with the Peter Gilchrist Award and one defense attorney with the Wade Smith Award. This year’s winners are Wake County District Attorney Colon Willoughby and Raleigh defense attorney Joe Cheshire. The dinner will take place at the Grandover Hotel near Greensboro, on Thursday, November 17. All are invited, and it should be an interesting evening with remarks from the honorees and with a number of notables in attendance. More information is available here. (Full disclosure: I’m involved in the section.)

2. Nationally, the single most interesting story that I saw this week was this Gallup poll, which found that 50% of Americans favor the legalization of marijuana, up from 46% last year and more than the 46% who oppose legalization. Note that the poll wasn’t about medical marijuana, which commands even greater support, but rather flat-out legalization. Looking at the trend lines, which you can do by clicking the link, and in light of the fact that “[s]upport for legalizing marijuana is directly and inversely proportional to age, ranging from 62% approval among those 18 to 29 down to 31% among those 65 and older,” makes one wonder whether broad legalization is inevitable.

3. The perception that Washington is soft on illegal immigration has led to the enactment of a number of high-profile state and local immigration initiatives in recent years. Interestingly, the Department of Homeland Security revealed this week that last year, it deported almost 400,000 immigrants, the highest total ever. And 55% of those deported had a criminal record, “the highest percentage in nearly a decade,” according to this USA Today story.

4. Because lawyers are, in part, professional writers, I like to occasionally include writing and grammar matters in my news roundups. Consider, for example, the rule against splitting infinitives. A famous violation of the rule is the separation of the “to” from the “go” in the phrase “to boldly go.” Above the Law recently posted this story, reporting on a judge who would fire law clerks for splitting infinitives, but arguing that, in fact, there are circumstances in which splitting an infinitive is permissible, and even desirable. I encourage you to briefly peruse the article, and to at least consider voting in the poll available at the end of the story.

5. Finally, waste 60 seconds of your day by looking at this collection of mugshots and the amazing t-shirts worn by the arrestees, courtesy of the New York Daily News.