Six years ago (almost to the day) the School released its first version of the Structured Sentencing smartphone app. A new web-based version is available today.

A beta version of the revised app is available here: http://mobile.ncsentencing.com/

You can use that version on any device. If you are using a computer, you might prefer the version posted here, http://ncsentencing.com/, which emulates the screen dimensions of a phone.

The functionality of the app is mostly the same as the original version. This version covers felonies, misdemeanors, and drug trafficking. 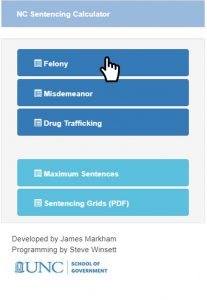 You can select a general offense class . . . 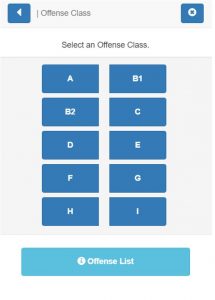 Or, with a new feature, you can select a particular offense from a searchable list of all North Carolina crimes. 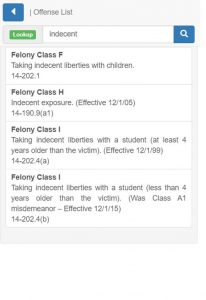 We programmed in possible offense class enhancements, like habitual felon, or the new gang enhancements. 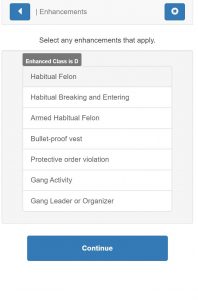 You can enter the defendant’s prior record level directly . . . 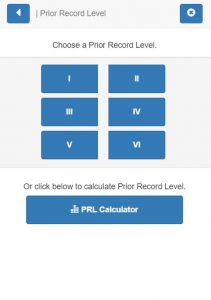 Or you can calculate it. 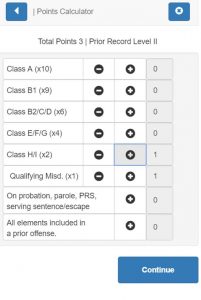 The app will prompt you when special sentencing rules could apply, like Advanced Supervised Release (it will calculate the ASR date) . . . 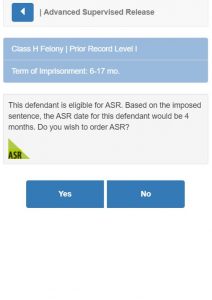 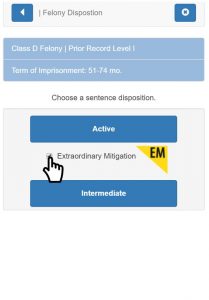 For probationary sentences, the app will warn you if your period of probation is too long. Or if your split sentence exceeds one-fourth of the maximum. 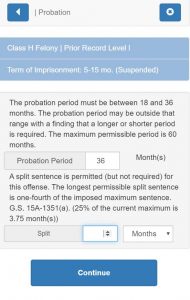 Another new feature is an “aggregation” tool, which will calculate the defendant’s consecutive sentence exposure under the “single sentence rule” if he or she is convicted of multiple offenses. 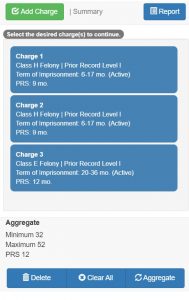 At the end of the process the app generates a report, which it can populate into an email. 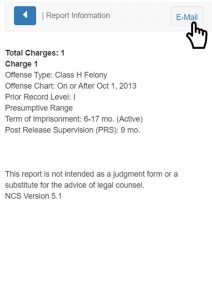 Steve Winsett, a longtime collaborator with the School, programmed the app. We created it with money from the C. Felix Harvey Award to Advance Institutional Priorities and my stipend as the Thomas Willis Lambeth Chair in Public Policy, which is funded by the Z. Smith Reynolds Foundation.

I hope you’ll take a look. I welcome your suggestions about how the app might be improved.