A federal court Consent Order has been entered in the Alamance County bail litigation. The relief granted in that order and the county’s new local bail and first appearance policies hold important lessons for other North Carolina jurisdictions about the constitutional requirements for local bail systems. Put another way, because the agreed-upon relief and procedures in the Alamance case were deemed sufficient to address the constitutional violations alleged, they offer a model for other local bail systems. In this post, I discuss the key changes to the Alamance system.

The Lawsuit & The Consent Order

On November 12, 2019, plaintiffs filed a class action complaint in the United States District Court for the Middle District of North Carolina alleging that Alamance County’s bail system violates the plaintiffs’ Fourteenth Amendment rights to equal protection and due process and their Sixth Amendment right to counsel. Named as defendants were the Senior Resident Superior Court Judge, the Chief District Court Judge, all county magistrates, and the Sheriff. The parties subsequently agreed to a Consent Order of Preliminary Injunction, which was entered by the court on May 8, 2020. Among other things, the Consent Order required the judicial defendants to adopt certain procedures, which they did effective July 1, 2020. The judicial defendants also were required to train local officials on the new procedures. I was retained to provide that training, and that work informs this blog post.

Presumption Against Secured Bonds Generally. The new local bail policy incorporates the statutory presumption in G.S. 15A-534 favoring release on a written promise to appear, unsecured bond, or custody release over a secured bond. It provides that these other forms of release must be imposed unless they will not reasonably assure the presence of the defendant as required; will pose a danger of injury to any person; or are likely to result in interference with the criminal proceedings.

Presumption Against Secured Bond for Low-Level Misdemeanors. Under the new local policy, whenever the highest charged offense is a Class 1, 2 or 3 misdemeanor, the judicial official must impose a form of release other than a secured bond unless:

No Secured Bonds for Certain Defendants Charged with Class 3 Misdemeanors. The new local policy provides that if the most serious charged offense is a Class 3 misdemeanor and, based on the person’s prior conviction record, the individual could not receive active time if convicted, the judicial official may not impose a secured bond unless there is clear and convincing evidence of danger of injury to any person if released.

Electronic House Arrest (EHA). The new local bail policy provides that EHA may be imposed only by a judge and when extraordinary circumstances are present, and that EHA costs may not be shifted to the defendant.

Multiple Conditions of Release. The new local policy provides that multiple conditions of release (e.g., custody release and secured bond) may not be imposed unless extraordinary circumstances are present.

Individualized Findings before Secured Bond Imposed; Clear & Convincing Evidence Standard. The Consent Order provides that if a secured bond is required, the judicial official must either make an individualized finding that the person can afford to pay the amount specified or that pretrial detention is necessary. It further provides that pretrial detention is appropriate only if clear and convincing evidence shows that there are no alternative conditions of release adequate to reasonably assure the appearance of the defendant as required; prevent a danger of injury to any person; or prevent the likely destruction of evidence, subornation of perjury, or intimidation of potential witnesses.

Flowchart Process for Determining Conditions of Release. The new local bail policy includes a flowchart process to guide pretrial decision-making. The flowchart incorporates the provisions noted above, other provisions in the new local policy, and the requirements of state law. Drawing on related bail flowchart tools that have been implemented in other North Carolina jurisdictions, the new Alamance flowchart brings the statutory preference for conditions other than a secured bond front and center in the analysis. (North Carolina’s first such flowchart process for pretrial decision-making was implemented in 2019 in Judicial District 30B; variations on this approach were implemented in January 2020 in Judicial District 2 and Judicial District 21).

To help local stakeholders implement the new policy, I created a step-by-step guide as an alternative job aid. My guide (available here), incorporates all the necessary details from the bail policy, to avoid page flipping and cross-referencing that is required when the flowchart is used alone.

Figure 2: Excerpt from Written Findings for Secured Bond Form: Ability to Pay or Need for Detention

Bond Tables. The new bail policy includes felony and misdemeanor bond tables. Importantly, under the new procedures, judicial officials turn to these tables only after they have applied the flowchart and bail policy rules and arrived at a determination that a secured bond is necessary.

Bonds may exceed the amounts listed in the tables only in exceptional circumstances and reasons for exceeding those amounts must be provided. For drug trafficking offenses, the maximum bond amounts in the tables are doubled. When monetary conditions are imposed for a probation violation, the lead offense of conviction controls as to bond amount. The policy provides that allegations of absconding or commission of a new offense may be deemed an exceptional circumstance for determining the bond amount.

Must be Considered. The Consent Order provides that before setting or modifying a condition of release that includes a secured bond, the judicial official must inquire into the individual’s ability to pay the full amount of the bond. The new local bail policy expands on this, requiring that ability to pay be considered both with respect to determining the type of release and with respect to the bond amount imposed. Importantly, under both the Consent Order and the new policy, the ability to pay analysis applies to the total amount of the bond, not a percentage or amount paid to a bondsman.

Rebuttable Presumptions. The Consent Order requires a rebuttable presumption that an individual cannot pay any secured bond amount that exceeds 2% of their monthly income. For a person earning $36,000 per year, for example, this amount would be $60. Additionally, the Consent Order provides that there is a rebuttable presumption that a person cannot afford any amount of secured bond if the person: 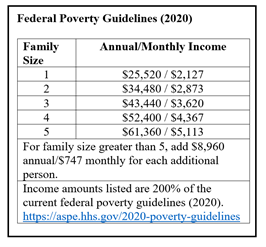 Tools & Forms. To help the stakeholders implement the new ability to pay provisions, I created two ability to pay cheat sheets, one for judges (here) and one for magistrates (here).

The county’s new Written Findings for Secured Bond form requires that decision-making regarding ability to pay be documented (see Figure 4 below).

Timing & Type of Proceeding. The federal court Consent Order requires that all defendants detained pretrial must be provided a hearing before a judge within 48 hours of arrest or at the next available session of court. The new local policy fleshes out the details of this requirement. It provides that defendants held in custody pretrial must be taken to a district court judge within 48 hours of arrest or at the next session of court, whichever is earlier, for an appropriate proceeding. For defendants charged in Alamance County with any misdemeanor or felony or arrested on a probation violation, the proceeding is a first appearance. For individuals held in custody on charges originating in another county, the proceeding is a bail review hearing which, as its name suggests, involves only a review of conditions of pretrial release.

Notice. The Consent Order requires that prior to the hearing before a judge, individuals must be given notice of the nature of the hearing and the relevant facts that will be considered, and that financial information will be collected and why. The new local procedures operationalize this requirement with several new provisions. First, there are notice requirements for magistrates. For any defendant committed to custody after the initial appearance, the magistrate must inform the defendant of the general nature and scheduled date of the first appearance or bail hearing. The magistrate also must inform the defendant that if they are still in custody at the time, the defendant will be given an opportunity to meet with counsel before the proceeding and be represented by counsel at it. Additionally, the magistrate must provide the person with written notice about those proceedings. Appendix B to the Administrative Order In Re In-Custody First Appearances contains the written notice that must be provided for Alamance County charges; Appendix C to that document contains the written notice that must be provided for cases originating in other jurisdictions.

Judges also are responsible for providing notice to defendants. Before conducting a first appearance required by the new policy, judges must advise defendants generally about the nature of the proceeding and the issues to be considered. Appendix D to the Administrative Order in Re In-Custody First Appearances itemizes information that should be included in that colloquy.

Finally, the new policy goes beyond the requirements of the Consent Order, requiring that in addition to the notice described above, magistrates must, before conducting an initial appearance, give the defendant oral notice of the general nature of the initial appearance proceeding. Appendix A to the new Administrative Order in Re In-Custody First Appearances provides a colloquy that satisfies this requirement.

Right to Counsel. The Consent Order provides that individuals must be provided counsel free of charge at the new court appearances. Alamance County is not served by a Public Defender’s Office. Under the new local policy, all defendants appearing for the new preliminary hearings are represented by counsel under contract with North Carolina Indigent Defense Services. Defendants may decline the services of contract counsel or be represented by existing counsel.

The new policy provides that the court must ensure that the defendant has had an opportunity to consult privately with counsel before the proceeding about relevant matters, including financial considerations. This requirement applies unless the defendant expressly waives the assistance of counsel at the first appearance.

Opportunity to Be Heard, Etc. The Consent Order provides that at the court proceeding, individuals have a meaningful opportunity to be heard and to present and confront evidence.

Independent Determination. The local policy provides that the trial court judge may consider the factual findings made and conditions imposed at the initial appearance, but must make an independent determination on this issue.

For those wishing to learn more about bail reform in North Carolina the Criminal Justice Innovation Lab has an extensive library of materials, including reports on reforms implemented in North Carolina jurisdictions, empirical evaluations of those reforms, data on key bail metrics at the state and county levels, and guides and tools for local stakeholders. For more information, visit us on the web or reach out directly.