We have issued a series of reports on North Carolina state and county-level jail occupancy rates, including one in October 2020 focusing on changes in total county and statewide jail occupants during the COVID-19 pandemic (our earlier reports are here, here and here). This report provides updated jail population numbers through November 2020. Please refer to our prior reports for information on data sources and calculations.

Figure 1. Number of individuals detained in jail statewide—January through November, 2019 & 2020 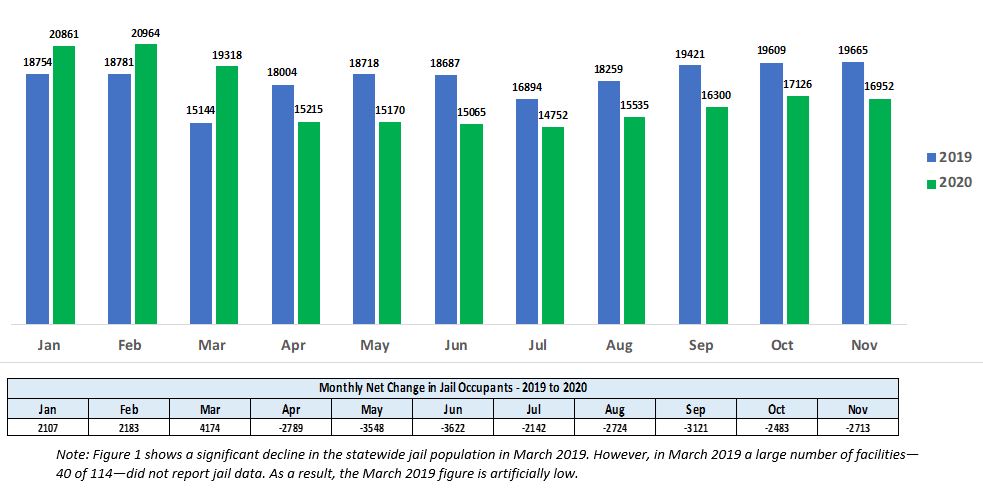 Note: Figure 1 shows a significant decline in the statewide jail population in March 2019. However, in March 2019 a large number of facilities—40 of 114—did not report jail data. As a result, the March 2019 figure is artificially low.

Because statewide data can hide variation at the local level, we also looked at county level jail population changes. At the local level, the vast majority of jails reporting data had lower populations in November 2020 as compared to February 2020. Specifically, of the 90 counties accepting occupants in those months that reported data[1], 82 (91.1%) had November populations that were below pre-pandemic levels. Population declines ranged from 1 to 324 persons; in terms of percentage change, declines ranged from .6% to 65.1%. One county experienced no population change between February and November. Ten counties experienced increased populations. In terms of persons, increases ranged from 2 to 18 occupants; in terms of percentage change, increases ranged from 1.4% to 50.0%. Table 1 presents these changes. 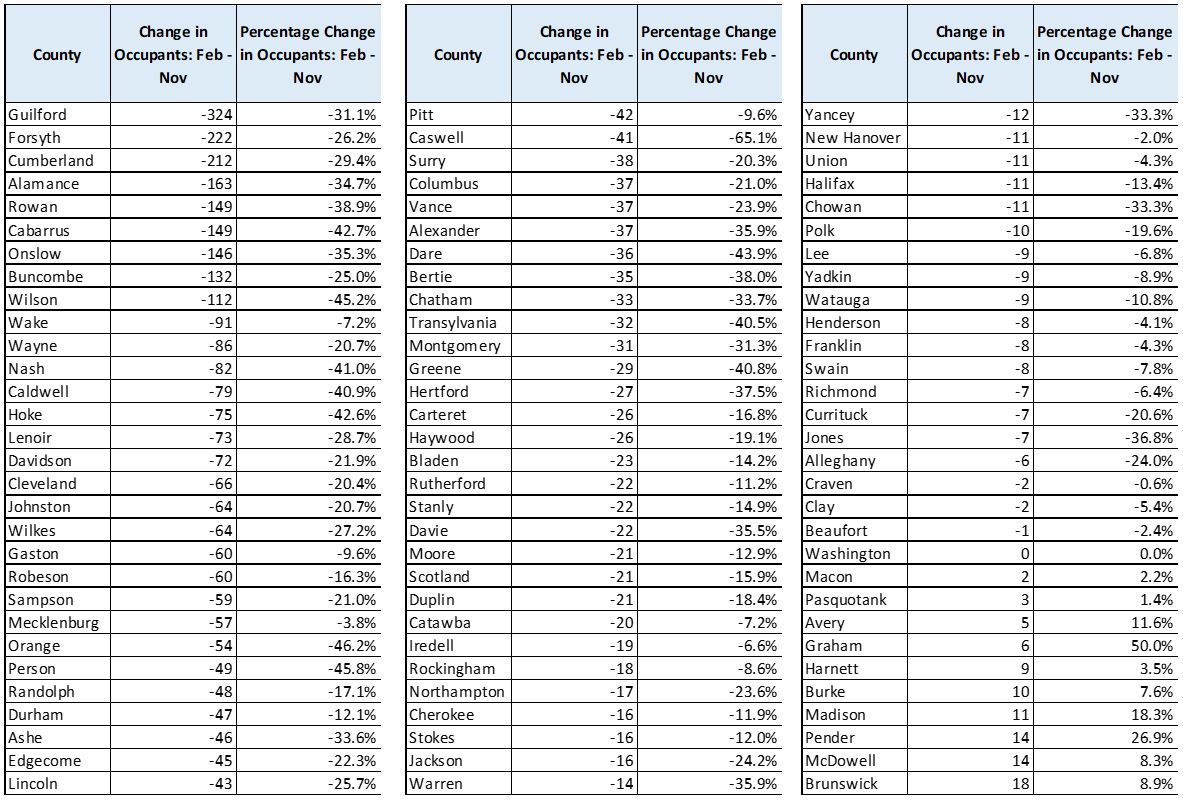 As noted above, the statewide population hit a low in July 2020 and then rose in August, September, and October before dropping slightly in November. Not surprisingly, at the county level most jails experienced increased populations during this period. Of the 89 counties with open facilities that reported data during that period[2], only 10 (11.2%) experienced declining jail populations. In terms of persons, decreases ranged from 1 to 15 occupants; in terms of percentage change, they ranged from 2.0% to 14.9%. (Table 2)

Table 2. Counties with Decreases in Jail Population—July to November, 2020 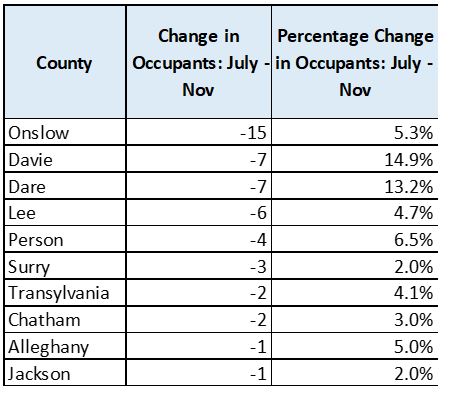 Table 3. Counties with Increases or No Change in Jail Population—July to November, 2020 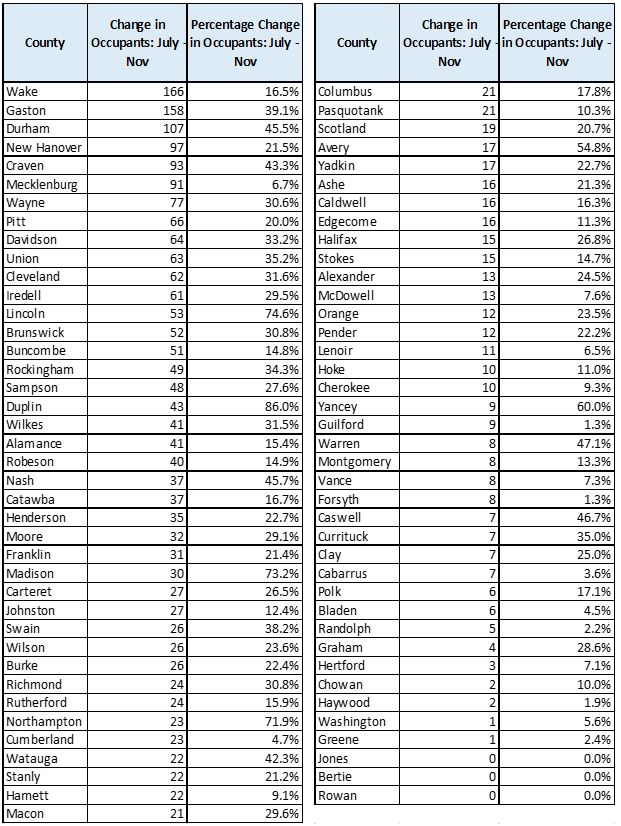 In this report we simply present data on changes in jail populations. A number of factors may account for observed trends, including the halt in jury trials, initiation and current status of efforts to reduce jail populations during the pandemic, and changes in criminal charging to name a few.

We will continue to update this work as new data become available. For more detailed information on county-level populations, see our spreadsheet here. On the spreadsheet’s first tab, entitled “Occupant Graph,” select a county in the dropdown menu in the upper left corner to get a county-level graph similar to Figure 1 above.

[1] Facilities in Anson, Granville, and Pamlico did not report data in November.

[2] Beaufort was removed from this calculation as it remained closed from April through July.