Can a District Court Judge Sign an Order for Phone Records? 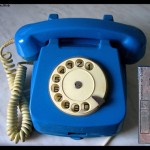 Last year, I published a paper about law enforcement access to phone records and other information about electronic communications. In the paper, I explained that “[a]mong North Carolina judges, only superior court judges may issue court orders for phone records.” As luck would have it, a few weeks later, Congress amended some of the relevant statutes, calling that conclusion into question. Because I know that judges, prosecutors, and officers are confused about this issue, I thought I’d try to clear it up. The analysis is a little technical, so bear with me.

Generally, phone records aren’t protected by the Fourth Amendment, because under Smith v. Maryland, 442 U.S. 735 (1979), there is no expectation of privacy in information that a telephone user voluntarily conveys to a service provider. However, there are federal statutes that prevent service providers from disclosing phone records to law enforcement except in specified circumstances. One of those circumstances is when law enforcement obtains a court order under 18 U.S.C. § 2703(d), after presenting “specific and articulable facts showing that there are reasonable grounds to believe that the . . . information sought [is] relevant and material to an ongoing criminal investigation.”

Section 2703(d) says that such an order may be issued by “any court that is a court of competent jurisdiction.” So we need to decipher that phrase. In order to do so, we need to look at the list of definitions contained in the group of statutes to which section 2703(d) belongs. Those definitions appear in 18 U.S.C. § 2711.

Prior to October 19, 2009 — in other words, at the time I wrote my paper — section 2711 provided that the term “court of competent jurisdiction” had “the meaning assigned by [18 U.S.C. §] 3127,” which is part of federal pen register statute. The pertinent part of the definition contained in section 3127 is “a court of general criminal jurisdiction of a State authorized by the law of that State to enter orders authorizing the use of a pen register or a trap and trace device.” Because only a superior court judge can enter a pen register order under G.S. 15A-262, it was clear that only a superior court judge could enter an order for phone records.

I’m not aware of a case applying the new definition of “court of competent jurisdiction” in the phone records context. But the definition itself is very similar to the definition that has long been part of the federal wiretap statutes. Specifically, the definition in 18 U.S.C. § 2510 includes the phrase “court of general criminal jurisdiction.” And in that context, the phrase has been interpreted to include a fairly wide range of judicial officials. For example, in United States v. Pacheco, 489 F.2d 554 (5th Cir. 1974), the court held that a state supreme court justice had “general criminal jurisdiction,” notwithstanding the defendant’s argument that the justice’s jurisdiction was limited to appeals. The court cited legislative history suggesting that the “general criminal jurisdiction” language was only intended to prevent officials with limited legal training, such as magistrates, from issuing wiretap orders. See also United States v. Feola, 651 F. Supp. 1068 (S.D.N.Y. 1987) (similar, as to a trial “justice” in New York); United States v. Pine, 473 F. Supp 349 (D. Md. 1978) (similar, as to a Baltimore County Circuit Court judge).