A Short Brief on Representation by Counsel in the UK

Our trip to Middle Temple, one of the four Inns of Court in London, did not disappoint. It is physically stunning, a collection of beautiful courtyards and historic buildings. As important, it is a center of education, activity, chambers (law offices), and support for legal professionals. Plus, if you’re a member or a lucky guest, you get to eat in the Middle Temple “cafeteria”: 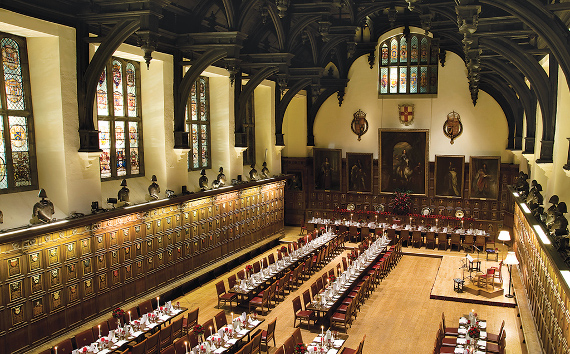 The students and I first heard from Christa Richmond, the Education Director of Middle Temple, about the “weird and wonderful” world, as she put it, of the Inns of Court and law practice in England and Wales (referred to in this post as the UK, but other parts of the UK have different procedures). There are some significant differences from the U.S.

For example, in the UK the profession is divided into solicitors, of which there are over 136,000, and barristers numbering about 16,000, of which a subset handle criminal cases. Barristers are legal specialists and advocates who in essence have been certified to represent clients in court, including trials of serious criminal charges. Unlike in the U.S., you can practice law without law school, not that I didn’t enjoy every moment of my three years! Generally, you can study law as an undergraduate, then undertake a vocational stage involving a professional training course, followed by practical training consisting of professional work. Plus, if you’re a barrister, you get to wear a wig in court, assuming you can figure out how to put one on. It’s a better look for some than others, I think. 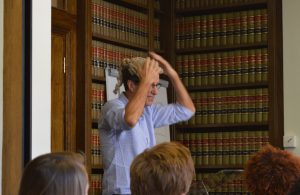 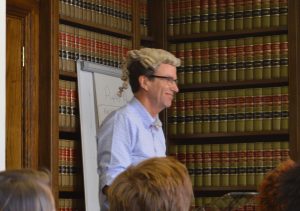 The appointed counsel system also has some notable differences. For example, provision of counsel to defendants occurs much more quickly in the UK and is an integrated part of the process. “Duty station” solicitors are available to meet with and advise defendants who have been arrested. Defendants may decide just to confer with the solicitor at the station or may choose to have the solicitor continue representation thereafter (more on that below).

In the U.S., although law enforcement must give arrested suspects Miranda warnings, in which officers tell defendants they have a right to a lawyer if they can’t afford one, a lawyer is not required to be provided then. In North Carolina and other states, an indigent defendant generally does not have access to an appointed lawyer before his or her first appearance in court and then only after a judge makes the appointment and counsel and the defendant make contact even later. For defendants under a money bond they cannot make, this delay can be significant. (Another difference between the UK and U.S. systems is that the UK generally does not require money or a surety as a condition of release—in the words of one observer, what is called bail in the UK does not involve posting bail “American-style by handing over large wads of cash.” The Secret Barrister: Stories of the Law and How It’s Broken, at p. 96 (2018). Rather, defendants are released on various conditions and restrictions and, if circumstances warrant it, remanded and held in custody until trial, up to about six months for serious charges but on average less. Id. at 87, 139.)

Indigent defendants in the UK also get to choose their attorney from approximately 1500 solicitors approved by the central Legal Aid Agency and a smaller public defender service. The solicitor provides the defendant’s financial information to the agency, which determines eligibility within a few days. The defendant also chooses his or her barrister if the case goes to trial, either arranged by the solicitor or selected by the defendant. At least some jurisdictions in the U.S. have considered client choice of appointed counsel. See New Report on “Client Choice” Assesses Pilot Project Allowing Indigent Defendants to Select Their Attorney (Apr. 4, 2017) (discussing Texas project). Such a system would obviously require lots of logistical changes, but it’s an interesting idea.

The UK system of providing counsel is not without its problems. As in the U.S., there is widespread concern about the adequacy of funding for indigent defense. Earlier this year solicitors and barristers took the extraordinary step of going “on strike,” refusing to take on new cases because of spending cuts. Read more about the reasons for the action here.

Next week: Jack the Ripper and the media coverage of the murders, considered the first major media murders. From there, we’ll consider how much things have changed and how much they’ve stayed the same. Cheers.