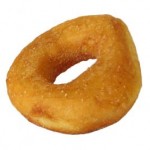 What an interesting week! The sports world was fascinating, between a dramatic World Cup win for the United States, a Raleigh native being picked first in the NBA draft, and a Greensboro native winning the longest tennis match ever played. But the legal world was pretty interesting, too:

1. The United States Supreme Court decided a trilogy of cases yesterday regarding the scope of 18 U.S.C. § 1346, the federal “honest services” fraud statute. The opinions in the lead case, United States v. Skilling, total well over 100 pages, so I haven’t digested them all yet. The basic gist, though, is that the court adopts a narrowing construction of the statute, limiting its application to cases in which the defendant was involved in bribes or kickbacks. The New York Times covers the story here. As the News and Observer reports, the statute in question has been used in a number of high-profile federal prosecutions in North Carolina, including those of former Agriculture Commissioner Meg Phipps, former Representative Frank Ballance, Jr., and former lottery commissioner Kevin Geddings. The decision might not be all doom and gloom for the government, though, as Crime and Consequences argues here.

2. Turning to Raleigh, the General Assembly seems to be moving towards another attempt to ban “internet sweepstakes” games. The bill, which has been passed by the Senate and appears likely to be passed by the House, is here. The News and Observer’s story is here. And the industry’s television ad, asking for regulation and taxation rather than a ban, can be seen here.

3. Another hot topic around the state is the “open carry” movement, which is comprised of people who carry firearms openly while doing their daily business. Generally speaking, the open carrying of firearms is not against the law in North Carolina. The News and Observer has this story about the movement.

4. Some folks carry guns, others carry cameras. Gizmodo has a story about a man who was charged criminally for taking a picture of a police officer who had followed the man into his home in what the man contended was an illegal entry. The story links to an earlier and more detailed analysis suggesting that it is illegal in some states to videotape a police officer on duty in a public place. I’ve never heard anyone make that argument in North Carolina, but I’d be interested to learn about it if anyone has.

5. A few other stories of possible interest, most of which are on the lighter side: The New York Times reports that several law schools are retroactively increasing all students’ grades, on the theory that students with (meaninglessly) high GPAs will look better to employers. Sentencing Law and Policy notes that some Chinese shopkeepers in New York have adopted a practice common in China — when they apprehend a shoplifter, they demand a “fine” and threaten to call the police if the fine is not paid. Talk about self-help! Crime and Consequences comments on a report claiming that 1,300 prison inmates claimed the new homebuyer tax credit. And finally, Jalopnik has this story about a NYPD officer who was observed “with flashing red lights on, speeding, weaving through traffic, yapping on his phone and blowing stop signs to get Dunkin’ Donuts coffee.” The coffee’s not that good, but I’ve heard the crullers are incredible.